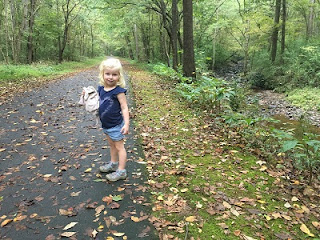 If you’re like me, you primarily venture down Independence Blvd. for two reasons: To get the car maintenanced at the dealership or to go to the beach.


Like me, you may be pleasantly surprised to discover Campbell Creek Greenway, which runs along a McAlpine Creek tributary between Margaret Wallace Road and Harris Boulevard.


This quiet 1-mile paved greenway – great for bikes and strollers – is tucked just beyond the den of Independence Blvd. It’s the northern leg of the popular McAlpine Creek Greenway, which stretches three miles from Margaret Wallace Rd. south to Sardis Rd. 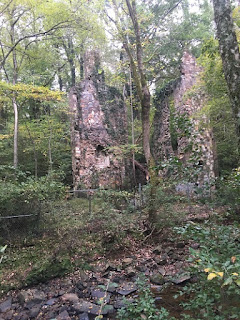 Campbell Creek has some fun features, including the impressive remains of the abandoned turn-of-the-century Lucas family grist mill.  The Lucas family moved to a farm off Margaret Wallace Rd. in 1935. The grist mill and dam they built on Campbell Creek were used to grind corn and generate power for their home. You’ll see the remnants on your right about a quarter-mile from the greenway entrance.


Also interesting: Campbell Creek Greenway was the last documented location for Queen snakes in Mecklenburg County. They were last sighted around the greenway’s clear, rocky stream (their natural habitat) in the early 1990s and haven’t been spotted since. Keep your eyes peeled!


The Campbell Creek Greenway is a tranquil, shady, meandering trail. It officially ends at the Harris Blvd. overpass, but you can follow a very nice paved neighborhood trail another half mile and end at the Hindu Center of Charlotte.


If you have a little one, the fire station at the entrance to the greenway can be a bonus stop on your outing.


Note: There are no bathroom facilities at the Campbell Creek Greenway, so make a stop before you go.