2-Wheelin’ in the Queen City 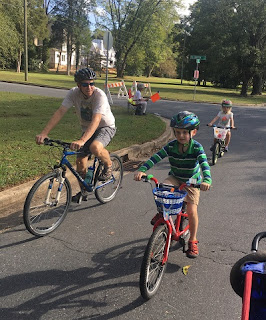 Been a while since you’ve dusted off the bicycle in your garage? Consider this your invitation to find your helmet, pump up your tires and rediscover the joy of bike riding.

I know the challenges – especially with kids – of taking a two-wheel excursion. But, thanks to some visionary and innovative work by the City of Charlotte and awareness-raising organizations like Sustain Charlotte, it’s getting easier and safer.

In May 2017, the Charlotte City Council adopted the Charlotte BIKES plan, a blueprint for becoming an increasingly bicycle-friendly city by both expanding the city’s network of bicycle infrastructure and creating  culture that recognizes and welcomes the bike as a means of transportation for all.

Charlotte BIKES is a long-range plan (for example, it calls for the city to complete an additional 50 miles of bikeway facilities by 2020 and 200 more miles by 2040). But there are a number of bike-friendly options to help you hit the road today. 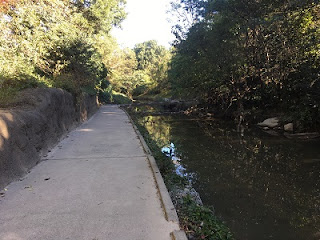 One example? Greenways.
By far the most family-friendly option, there are currently 37 miles of developed greenways in Mecklenburg County, and the network is growing. Paved greenways, like the Briar Creek and Irwin Street Greenways, offer safe, traffic-free, bike-friendly pathways through and around town.

If you’re up for venturing beyond the greenway system, there are a number of great resource to help you chart a safe course.

The City of Charlotte offers an interactive Charlotte bicycle map that identifies all of the greenways, off-street paths, bike lanes, signed bike routes and suggested bike routes. (Note: This can take a minute to load, but it's cool when it does.)

And the Charlotte Center City website offers a page dedicated to biking in Charlotte. At the bottom, you can access maps of the best of suggested routes into and around uptown from different neighborhoods.

Beyond quiet neighborhood streets, I’m not ready to let the kids take to the open road just yet. However, the City of Charlotte is creating safer ways for bikes and cars to share the road. 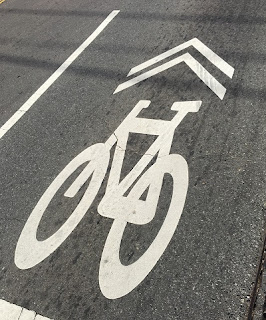 You may have seen the bike lane-sharing road marking (also unofficially known as a “sharrow” due to the logo’s use of wide arrows combined with a bike symbol) that indicates where people should cycle and reminds cars to be mindful of bicyclists.

Or, a cycle track, which is a bike lane protected by a physical barrier from cars, parked cars and sidewalks. A completed cycle track block can be found at 12th Street between Brevard and Caldwell. A pilot cycle track is currently planned for 6th Street and along John Belk Freeway.

If you don’t have a bike, consider Charlotte B-cycle, one of the largest urban bike sharing systems in the Southeast. Register and rent one of more than 200 bikes from 24 stations strategically placed throughout Uptown and surrounding neighborhoods.

Once you’re geared up, Charlotte offers a number of fun programs and events throughout the year designed to encourage bicycling and make it fun, family-friendly and accessible.

One is Open Streets 704, which opens a car-free length of streets in a particular area of town for an afternoon for people-powered transportation, like walking and riding.

Or Bike! Charlotte, a couple weeks of bicycle-related events and promotions meant to encourage families, friends and colleagues to break out the bike and integrate it into their daily routine.

Or, Biketoberfest, an event that helps show how easy it is to bike places around town. Biketoberfest 2017 kicks off this Sunday, October 22 with the launch the Uptown protected bike lane demo. From October 22 to October 29, an entire lane of 6th Street from McDowell Street to Ray’s Splash Planet and Irwin Creek Greenway will be designated for bikes only. The demonstration will give you a chance to try commuting by bike through town the way city planners hope will someday be possible.

Riding bikes is not only fun, it’s good for you and good for the environment. It’s encouraging to see so many efforts toward making the bike a safe and accessible option. If it’s been a while, rediscover the joy of riding. We plan to check out the demo lane this weekend and hope to see you there, too.