Spend Some Time on GovPorch 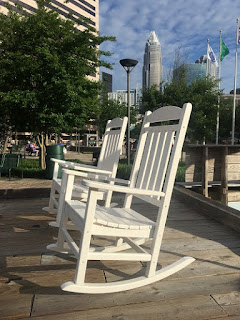 A few weeks ago, we participated in the Mayor's Ride to Breakfast as part of BIKE! Charlotte. It ended at the Charlotte-Mecklenburg Government Center Plaza. That's not a part of town we frequent (in fact, I don't think I'd been there since we went to get our marriage license 10+ years ago). But we discovered a reason to return soon. 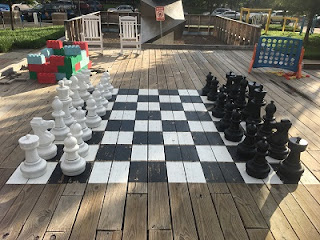 Situated in what used to be an unimaginative concrete enclave sits GovPorch, a colorful, creative space for play and relaxation.


GovPorch debuted in 2017, dreamed up by a City of Charlotte team that won a grant in the national $1 million KaBOOM Play Everywhere Challenge. KaBOOM supports projects designed to make play easy and accessible for kids and families in the U.S. The $35,000 grant helped the City realize the dream of reimagining the drab and underutilized space. 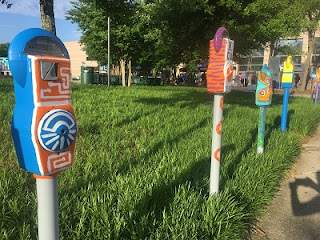 The original exhibit was meant to be transient due to limited resources, so some of the features, like bean bags, children's artwork and library books, were removed not long after GovPorch opened. But many fun elements remain. 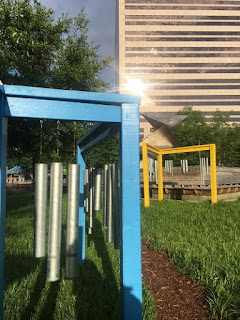 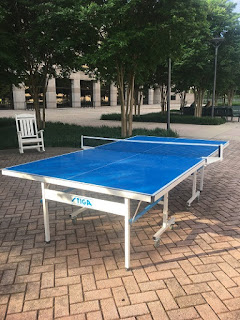 You'll also enjoy a beautiful skyline view and the chance to spend time with fellow Charlotteans from many different walks of life.


Next time you're uptown, plan to spend some fun and relaxing time on GovPorch. 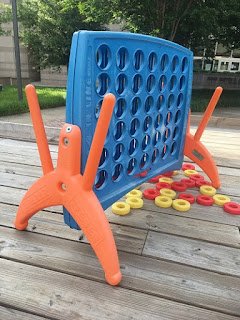 How to get there:
The Charlotte-Mecklenburg Government Center Plaza is located at 600 E. Fourth St., Charlotte, NC 28202. There's a parking garage around the corner at 232 S. Davidson St., or you can look for on-street metered parking. Another great option is to ditch the car and ride Lynx. GovPorch is a few short blocks from the nearest train stop.