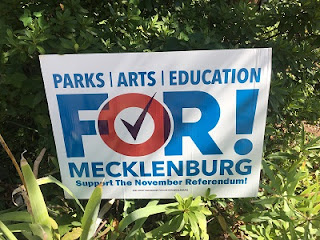 Did someone say more funding for parks?

In the upcoming election, voters will decide whether to support a quarter-cent local sales tax increase. This would generate $50 million a year to be split between arts, parks and public schools.

At a glance, these strike me as important causes and a worthwhile investment. But I know there are consequences to raising taxes, folks who oppose doing so, and many more areas that could use additional funding.

So, I’ve been doing some homework. I’ve talked to community leaders and elected officials. I’ve studied the arguments for and against this referendum.

Here’s why I plan to support it.

Quality of life
I love my hometown, but goodness knows Charlotte has a mountain of needs. We don’t have enough affordable housing. There are far too many high-poverty schools and not enough equality within our school system. And, economic mobility – or lack thereof – remains a critical challenge for many of our citizens.

Will spending more on the arts, parks, and schools solve these problems? No, not directly. 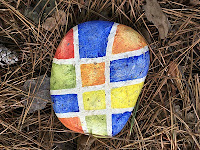 But it’s because of these problems, not despite them, that we should provide greater access to these valuable resources. An investment in arts, parks and schools is an investment in what invigorates the human spirit.

Consider the poignant example of our friend who, with his young son, experienced homelessness for a time not long ago. Reflecting on that period of instability in his life, he mentioned to me how the two of them would spend hours at the baseball field playing catch and hitting balls. The local park was where he could provide some semblance of normalcy for his son, gain a sense of balance for himself, and enjoy some precious moments of unencumbered time together as he worked to get back on his feet.

Or consider the perspective of local immigrants. According to an article in the Charlotte Observer, Banu Valladares, executive director of the Charlotte Bilingual Preschool, told county commissioners that more education and arts funding provided by the sales tax increase would help give immigrants a sense of belonging in their new neighborhoods.

“Our communities are afraid to get out,” she said. “Some of them can’t drive, and if you’ve got parks in your neighborhood and opportunities through your parks to get out and do things, you actually can get healthier. Our children are not moving as much as they need to be.” 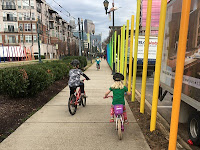 Arts programs, recreational facilities and well-resourced schools provide opportunities for all of us to enjoy what it means to be fundamentally human. They can be a refuge, a creative outlet, an escape, a stepping stone, a safe space.

Diversity and inclusivity
In addition to enhancing our personal mental and physical wellbeing, robust arts, parks and school systems are important to the vitality of our greater community. The wonderful thing about each of these entities is that they are meant to be places where anyone is welcome and everyone belongs.

Parks are where our family most naturally experiences diversity. At parks we get to enjoy the company of folks who speak a different language, or who live in a different part of the city, or whose ethnic heritage is different from ours. What a gift. 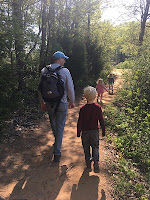 But not everyone has the same access to parks and greenways in town. A study has shown that only 36% of Charlotte-Mecklenburg residents live within a 10-minute walk of a park, compared to a nationwide average of 72%. The money generated from the referendum would help secure land for a more equitable distribution of park space and enhance recreational programing.

It would also eliminate barriers to participation in arts, science and history programs, reduce racial disparities, and deepen reach into neighborhoods across the county to ensure residents have access regardless of where they live or what they can afford.

When I think about how fractured and polarized society feels today, all of these enhancements seem like valuable, worthwhile investments in inclusivity and a sense of community. I can’t imagine money better spent.

Investing in Charlotte
From a business and development perspective, arts, parks, and schools are the types of things that keep Charlotte competitive and thriving. They are the amenities that attract businesses and families, and that make our city the place we’re proud to show off and call home. 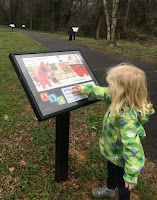 But, right now, we’ve got one of the most underfunded park systems in the country (our local government spends just $48 per person per year for parks, compared with the national average of $78), an increasing number of field trips to local museums and cultural attractions are being canceled, and there are too few teaching assistants, school counselors and psychologist across our school system.

Without funding, none of this is going to change.

Ok, but. . .
While quality of life, inclusiveness and economic development are all well and good, I know that, for some, this referendum is more a matter of pragmatics and practicality. Here’s where I land on some of the points of contention:

Is it fair?
There’s an argument that the sales tax is unfair because it is regressive, meaning that it takes a higher percentage of income from low-income earners than from high-income earners. This is true.

However, it’s helpful to know that basic necessities, such as gas, groceries and medicine, are exempt from this particular tax, so folks for whom most every penny goes to essentials would not be excessively burdened. In fact, this tax would capture dollars spent by people who are visiting or passing through.

Why more taxes?
Some people bristle at raising taxes in general. Why not include this money in the annual budget process? 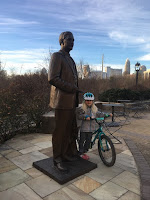 My understanding from talking to county commissioners is that it all comes down to a resource limitation. The annual budget process has provided some funding for the areas represented in this referendum, but not enough funds to meet growing needs.


But you, I, and our neighbors all across town would benefit from this spending. Considering the positive impact these resources could have on the wellbeing of our community as a whole, I’d boldly suggest that $0.25 on every $100 spent is a remarkable return on investment.

Can we trust the process?
Some are concerned (and I was one of them early on) that there’s no guarantee that the money we vote on would go to the items proposed in the referendum. My conversations with county commissioners have given me confidence that it would.

Here’s my understanding of how it would work:
County commissioners have adopted a resolution on how the sales tax revenue would be allocated. Under the resolution, tax proceeds are separated from operating funds, which ensures that new revenue doesn’t reduce budgets.

The resolution calls for the parks commission to prepare a detailed spending plan, with input from citizens, that aligns with the parks master plan and addresses land acquisition, youth and senior programming and maintenance.

The arts portion of the sales tax revenue would be managed by the Arts and Science Council (ASC), which serves as the central hub for cultural resources for Charlotte and surrounding areas. To ensure more transparency and accountability from the organization, the ASC Board would comprise more county and city elected officials and an equal number of their appointees. There would be a contract between county commissioners and the ASC and regular reports on how the money gets spent.

All programs receiving funding would be subject to standard audit and operational procedures under the accounting and reporting guidelines defined by the Mecklenburg County Commissioners and the N.C. Local Government Commission. There would be annual reporting on the use of the sales tax proceeds to provide transparency and accountability, no matter who serves on the county commission at a given time.

In the end, voters will be responsible for holding commissioners, whoever they may be, accountable for maintaining the funding allocations established by this referendum.

Vote!
It's no secret that I love our local parks and greenways. We’re also patrons of Charlotte’s arts and cultural scene. And our kids attend public schools here. So maybe I’m not the hardest sell on this sales tax referendum. After all, we absolutely stand to directly benefit from it. 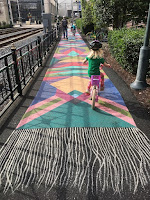 But I also firmly believe that our individual welfare is contingent on the welfare of the communities to which we belong. It’s compelling to think of how beneficial this referendum could be for everyone in our city and for our city as a whole.

That’s why I’m for the sales tax referendum. I hope you will take some time to consider what your support of it would mean for you and for and this place we call home, too.
at October 10, 2019