A Different Kind of Journey 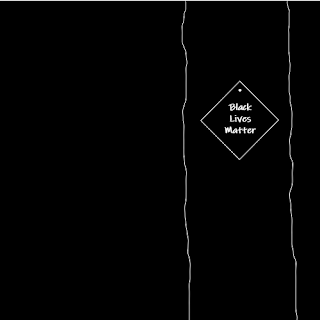 Innocent black people are dying. Protests are raging. The system is broken. My heart aches.

I’m a white woman whose eyes are opening to the harsh realities of being a person of color in this country, to my own privilege, and to my bubble of ignorance and complicity.

I feel unsure of what to do, but I know that doing nothing is not an option.

So, I’ve decided to start where I am and see if I can discern a meaningful, constructive way forward.

I know it’s not enough, but I can take this step. . . I’ve been researching diverse recreational interest groups because I recognize that ours is a distressingly closed circle. I have requested to join Afro Outdoors, a national non-profit with a local chapter that organizes outings to connect people of color to outdoor experiences and promotes nature and conservation for all.

I’ll admit I filled out the form and deleted it three times before I pushed send. What would they think of this white woman knocking on their door, asking to come out and play? But I recognize that my deliberate hesitancy pales in comparison to what my black friends must feel when they decide what to do, where to go, and with whom they will spend their time. More to the point, how will our circle grow if we’re not intentional about seeking opportunities to spend time with people who don’t look like us?

As a family, we are committing to finding ways to enjoy shared interests with new and different people.

I know it’s not enough, but I can take this step. . . I’ve been working on understanding the black outdoor recreational experience and history behind it. I’ve learned that land use decisions over many decades have exacerbated racial inequities locally and nationwide. Redlining has forced people of color to live in certain neighborhoods – ones that, in Charlotte, were cut off by the strategic placement of highways and landfills. It's awfully hard to spend time in green spaces when there's a freeway in your backyard.

In 1904, when Independence Park became Charlotte's first public park, the only black people allowed were servants of white children. Even when Morgan Park, Charlotte's first park for African-Americans, was built in the Cherry neighborhood in 1927, it was inaccessible to the majority of black citizens who lived in other neighborhoods. It wasn’t until 1955 that the Supreme Court banned segregation in all public parks and playgrounds.

As recently as a couple of years ago, only 28 percent of the parks located within Charlotte were considered to be within a 10-minute walk of residents. That’s not ok. Easy access to recreational opportunities shouldn’t be an exclusive privilege.

To combat this injustice, we will continue to financially support Sustain Charlotte, a local organization that works towards a healthy, vibrant and equitable community by advocating for smart growth.

As parents, we will honestly acknowledge what’s broken in the hopes that our children will understand the urgency and importance of being part of a better way forward.

I will pay attention, because it matters.

Our family has taken hundreds of hikes covering hundreds more miles. If there’s anything we know, it’s that a journey takes many steps. Some are easy, some are treacherous, some are invigorating, some are exhausting. I recognize that, while this moment in time is an awakening for many of us, our black sisters and brothers have been on this journey for a long, long time.

While I wrestle with the right way to be an active part of the solution in a broken society, I know that what I have been doing is not enough. But I also know that each step, however small, counts, is well worth taking, and gets us closer to our destination, together.
at June 07, 2020