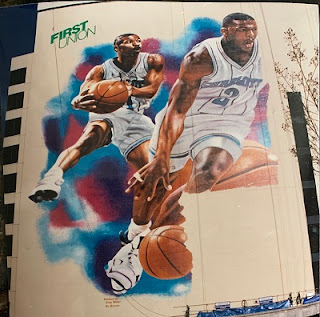 The first mural I remember in Charlotte was when basketball players Muggsy Bogues, Larry Johnson and Alonzo Mourning were plastered larger than life on the side of the (then) First Union building uptown. It was the early 1990s, we'd just landed our first big-time professional sports team, and the city was abuzz with Hornets mania. All the cool kids were wearing teal and purple.

I remember gaping at the mural, amazed at its detailed enormity, on display for all of uptown see. It's probably been since then that have I been captivated by that kind of public art. Those images of Muggsy, LJ and Zo are long gone, but, in recent years in particular, a new wave of mural art has found home in Charlotte. These days, facades of buildings across town are adorned with funky, colorful, thought-provoking images. Some pieces are obvious, some more obscure, but all are worth a gander.

But where to find them? Charlotte Agenda has one of the best guides I've seen. It is super comprehensive and helpful -- especially the interactive map.

For an afternoon activity, I suggest taking the following 10-stop mural tour through Plaza Midwood. This approximately 1-mile loop will give you a taste of the eclectic neighborhood and the wall art that makes it so colorful. 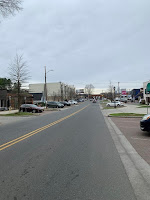 How to get there: Park on Commonwealth Avenue somewhere between Pecan Ave. and The Plaza -- if you can find a space. Public parking is limited in this area and local establishments are notorious for booting and towing, so be careful. You might consider parking elsewhere and taking a stroll or riding a bike or scooter over.

Stop #1: Head east on Commonwealth Ave. away from town. Turn left onto The Plaza. The first mural is at Sushi Guru (1217 The Plaza). Artwork: Sushi by Darion Fleming. 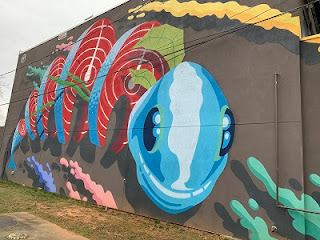 Stop #2: Follow The Plaza toward Central Ave. and take a left. The second mural is at Pizza Peel (1600 Central Ave.) Artwork: Snake by Darion Fleming. 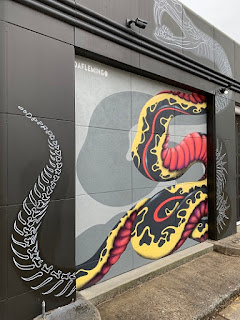 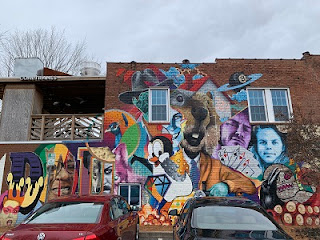 Stop #4: The fourth mural is on a wall behind the restaurant in the Thomas Ave. Public Lot (1225 Thomas Ave.). Artwork: Drag Queen Tribute by Matt Hooker, Matt Moore and Nick Napoletano. 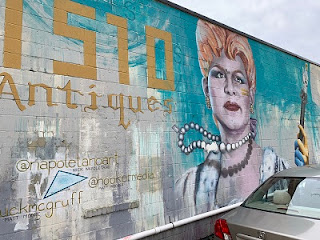 Stop #5: Retrace your steps to Central Ave. and take a left. Cross Central at Pecan Ave. and follow Pecan to Providence Auto Repair (1315 Pecan Ave.) Artwork: Under the Water by Nick Napoletano (the mural wraps around the entire building). 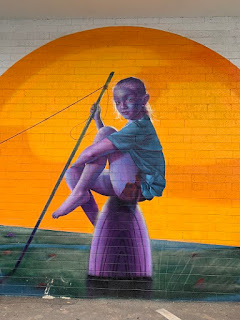 Stop #6: Swing back to Central Ave. and hang a right, stopping at The Nook (1421 Central Ave.). Artwork: Neptune by Matt Hooker, Matt Moore and Tucker Sward. 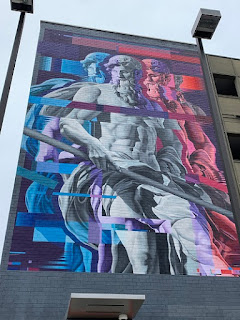 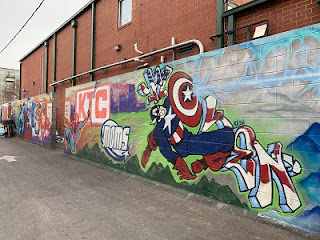 Stop #8: Re-cross Central Ave. at Clement Ave. and head one block toward town. Stop at Salon 1226 (1226 Central Ave.). Artwork: Womanhood by Garden of Journey. Also take a few minutes to wander around the block and parking lot surrounding Moo & Brew (1300 Central Ave.) There are a number of murals here. 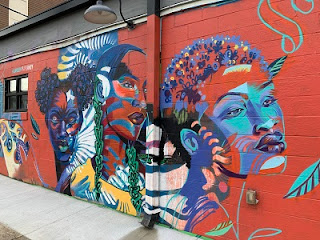 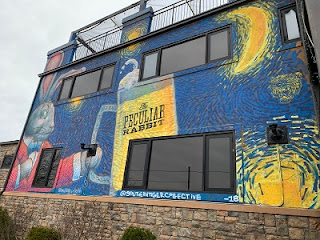 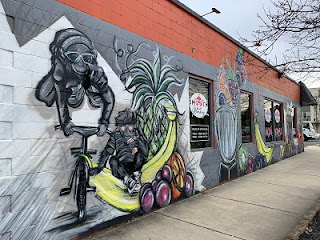 This should bring you back to where you began, albeit with a better appreciation for Charlotte's mural art scene.